A startup called Desktop Metal brings a new 3D metal printing system to the market that according to the company is 100 times faster and up to 20 times less expensive than current metal printing methods.

The machine uses single pass jetting, which works by combining two powder spreaders with a print unit, to both spread metal powder and print at the same time.

Desktop Metal plans to offer two versions of its printer; a Studio System that is intended for small engineering groups or companies, and a Production System that’s capable of industrial-scale manufacturing.

C7DESIGN is an award-winning product design agency in Hong Kong. We have a reputation for delivering impeccable design solutions and engaging experiences to our customers. We blend cultural insight with design thinking to elicit user value at early stages and to uncover opportunity areas that help empathize, question norms and explore options. We are professional, experienced and multi-faceted. 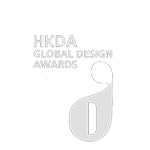 News
Glutrac is the world's first non-invasive continuous glucose monitoring (CGM) wearable device for diabetes management. It allows medical professionals and family members to help keep track of the patient’s conditions through cloud data. We realized a design with a good balance between fashion and comfort to encourage patient’s continuous use.
Glutrac
@ Copyright 2019 . C7DESIGN . All Rights Reserved